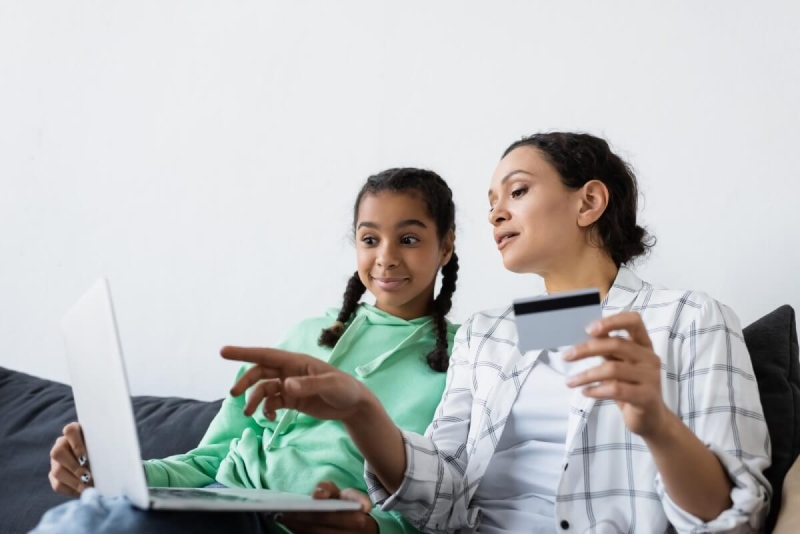 Well, before I jump into money management for teens, let’s focus on the fact that a month has gone by since the beginning of tax season. And boy has it been a veritable whirlwind of activity in the Dennis Fritz CPA office. We’ve got our arms deep in the returns of all those Redding go-getters who got things rolling right away.

How about you? Have you arranged an appointment with us?

It’s easy to think Oh, I’ve still got two more months. I’ll get to it later. But the reality is procrastination is not going to work in your favor when it comes to filing your taxes this year (really, any year, but this year especially).

The clog at the IRS could mean a delay in your refund or the IRS not noticing you already filed and starting to send threatening notices (though, as I mentioned last week, the IRS has suspended certain automatic notices for a little bit).

So, kick that procrastination to the curb and get an appointment scheduled with us:
530-223-2277

And before I jump into discussing using credit cards as a tool for teaching money management for teens (cue the Jaws buh-dum, buh-dum soundtrack), a quick note on a related subject.

Thanks to Biden’s American Rescue Plan, any forgiveness of student loans will not be taxed (through 2025). That’s a big deal as the government just this week forgave another 415 billion in student loans for individuals whose higher education institutions violated certain standards. There are other reasons for loan forgiveness as well, and it looks like the government will continue in this vein in the coming years (and tax-free).

Now, let’s discuss whether or not your teen should have a credit card…

Credit Cards: A Money Management for Redding Teens Tool
“To contract new debts is not the way to pay old ones.” – George Washington

In the age of virtual currency, rising inflation, and online shopping, helping your teenager get their feet under them when it comes to money seems like an absolute necessity.

So, wouldn’t it be great if you could pry your teen from perma-scrolling TikTok and Snapchat long enough to teach them a few things about money management? However, you might be surprised to find that one great money education tool for them (or anyone) is having a credit card.

Yep, you heard that right. Getting a credit card could be a really great help when it comes to money management for teens.

Think about it: You have to handle paying the balance and watch your spending when it seems effortless (at least until the bill arrives). You learn the ins and outs of interest, credit scores, and paying off a tab over time. It’d be tough to find a better money teacher than that.

Obviously, this is going to mean some hard work and lots of one-on-one time to keep them from going off the deep end, but it might just be worth it.

So, let’s jump a little deeper into why a credit card is a great tool to use in teaching money management for teens.

They grow up so fast

You may think they’re still a baby (as a parent, it’s hard to let go), but your teen is one step away from adulthood and is likely no stranger to credit cards already (note: 18 is still the minimum age to get a credit card). Recent surveys have shown that nearly one-third of high school grads had at least one credit card, and a lot of them had two (the percentage is even higher for undergrad students). Seems like a perfect reason to advocate for teaching money management for teens when they’re still at home.

It’s a sure bet that even if your teen doesn’t have a card, some of their friends do. One in four of those surveyed kids had also already racked up $1,000 in debt.

A thousand dollars – why on earth would I want to give my teenager a chance to do that? A valid question. There’s always the danger they’ll run up a big bill, and you’ll have to decide whether or not you will pay it off for them.

But a credit card can come in handy in an emergency, like a car breakdown (think automatic warranties or roadside assistance). Aside from the lessons we mentioned earlier, a card can help your teen establish a credit score – which they’re absolutely going to need as a grown-up.

Some credit card companies restrict the ages when teens can be cardholders – even those that are connected to your account and for which your kid is an authorized user. So, set a few restrictions of your own and do a little planning before you hand over the plastic.

– First, let your teen cut their teeth on a savings or checking account. These are a good starting point because they usually come with debit cards, meaning your teen has access to convenient spending – a good test to see how they’ll handle that temptation. And you’ll be able to monitor the account. Be warned: Debit cards don’t always come with the same fraud protection as credit cards.

– Before you try a card with a high credit limit, use a secured credit card. This links the credit limit to whatever’s in your teen’s bank account, which acts as “frozen” collateral to pay off whatever debt they rack up.

– A prepaid credit card can be another option. You limit the spending by funding the card with money from one of your other accounts, such as checking (or the teen’s own money). Be warned again: These cards can have sneaky and stiff fees.

Nobody likes the notion of spying on their kid, but one of your most important jobs after your teen gets a credit card is to monitor the spending, at least for a little while. Check those balances as often as you can. Have your teen keep a record, too – and discuss right up front what purchases are off-limits.

Many credit card monitoring apps can ping you with a warning about purchases – and sorry to say it, but kids can have historically been a cause of millions of dollars of unauthorized purchases on places like Amazon. Getting a refund on these purchases can also be tricky even if you do have zero liability and fraud protection. The buyers were your own teens, after all.

Here’s every parent’s favorite question: Should I bail them out of a big bill? It’s up to you. Everybody makes mistakes – but remember that riding to their rescue over and over won’t teach your kid the right lesson when it comes to handling money.

Just to be safe, get ready for the first month of sticker shock. It never hurts to be prepared …

Even though we’re Redding tax experts, we can certainly help advise you about taking this big step with your teen. Feel free to reach out to us anytime.

We’re here for you and your family,